At this point in time, you are likely familiar with both the term and characteristics of the condition known as Autism. While it is commonly thought of as an Intellectual Disability, Autism also occurs in individuals of normal and even superior intelligence, therefore may better be classified as a developmental disability. The information here is provided to give you a bit of history, briefly describe the symptoms, and give you hope that there are treatments and options for individuals with Autism Spectrum Disorder (ASD). 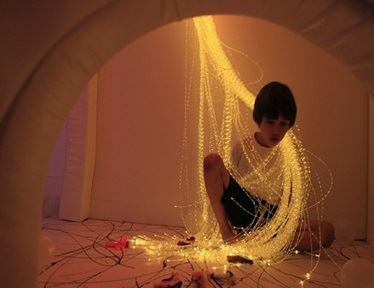 The term Autism was introduced by Swiss Psychiatrist Eugen Bleuler in 1911 and comes from the Greek word “autos” meaning “self.” It was used by Dr. Bleuler when referring to symptoms of Schizophrenia, and later in the 1940s, more commonly used to describe children with emotional problems such as being withdrawn and unable to communicate, having social or language impairment, and tending to do repetitive or stereotyped activities. A person with ASD is somewhat or severely removed from social interaction and therefore, an “isolated self.”

Moving forward, in the 1950s, some psychologists and psychoanalysts believed that lack of acceptance and parental love was the cause of Autism, but this has been disproved. Scientists now agree it is more likely both genetics and environment play a role. Studies have found genes associated with the disorder and also specific irregularities in several regions of the brains of Autistic individuals. These abnormalities suggest that ASD may result from the disruption of normal brain development in early fetal development.

In the 1960s, new theories and organizations gave way to the National Autistic Society in the UK and the Autism Society of America in the U.S. In 1980, Autism was officially added to the Diagnostic and Statistical Manual of Mental Disorders and in 1988 we saw the story of Rain Man, an eye opening account of this very baffling and challenging disorder. In 1990, Autism became a separate category in the Individuals with Disabilities Education Act and in 2000, the Children’s Health Act is signed by President Clinton founding an autism research coordinating committee. Today, we know that Autism is treatable and research will eventually provide us with both the cause and cure.

You can see the great strides that have been made over the years and the many wonderful research and advocacy organizations that have been formed. Every day, diagnosis and treatment is more readily available to approximately 1 in 88 (according to the Centers for Disease Control) children born with ASD. And finally, there is a systematic way of determining and describing autism and related conditions, all of which are placed within a group of conditions called Pervasive Developmental Disorders (PDD).

Symptoms and severity of ASD vary wildly and can go unrecognized if mild.

To obtain a diagnosis, a questionnaire or screening tool is used to gather information about the child’s development and behavior. If an Autism Spectrum Disorder is suspected, a more comprehensive evaluation may be required. This is performed by a team of highly trained professionals who conduct more thorough neurological, cognitive, and language tests.

If you think your child is showing some of the autism indicators, and have not been able to find help, call us at 724-430-1370 and ask for an Intake Worker. We can help you!

You can also view more links and resources for individuals with autism and their families.

Information has been provided, in part, by these sources: